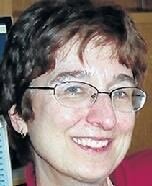 Please share a memory of Kathleen to include in a keepsake book for family and friends.
View Tribute Book

CAMBRIDGE SPRINGS, Pa. Kathleen Anne Crawford, age 72 of Cambridge Springs, passed away at Wesbury in Meadville, Pa. on Thursday, October 20, 2022, after a four-year battle with dementia and cancer. Kathleen was born in Albany, N.Y. on November 2, 1949. She was the daughter of the late John Joseph Ray and Florence Irene (McCloskey) Ray of Castleton-on-Hudson, N.Y. On July 10, 1971, she married William Thomas Crawford, also of Castleton, N.Y. In 1971, Kathleen earned a bachelor's degree from Nazareth College of Rochester, N.Y. in music education. She taught music at Butler Catholic in Butler, Pa. in the 1980's. After moving to Cambridge Springs in 1986, she became the music teacher at Maplewood Elementary School. She taught there for 19 years retiring in 2008. She especially enjoyed playing the piano. For several years she accompanied the Saegertown High School Chorus and played in the orchestra for many productions of the French Creek Community Theater. She also served as the musician for St. Anthony's Church in Cambridge Springs. She is survived by her husband, William T. Crawford of Cambridge Springs, whom she met in kindergarten; son, Peter A. Crawford and his wife, Andrea M. Cerio of Woburn, Mass. and their children, Joseph and Charles; daughter, Amy Elizabeth Engquist and her husband, Jeremy D. Engquist of Jamestown, N.Y. and their children, Anna, Ryan, Erin, and Lauren; and daughter, Abigail Jean Gilmore and her husband Thomas M. Gilmore of Wattsburg, Pa. and their children, Michael and Elizabeth. Kathleen was always proud to announce that she had seven brothers, all younger than she. Her brothers are John J. Ray and his wife Meg Benke of Saratoga Springs, N.Y., Vincent A. Ray of Brisbane Australia, Martin G. Ray of Castleton-on-Hudson, Richard W. (Willy) Ray of Albany, N.Y., James P. Ray and his wife Ann of South Windsor, Conn., Daniel A. Ray of Castleton, N.Y. and the late Robert T. Ray. Services were held on Saturday, October 29, in Cambridge Springs, PA.   In lieu of flowers, the family requests donations be made to the Cambridge Springs Public Library, 158 McClellan St., Cambridge Springs, PA 16403 (www.cambridge.ccfls.org.)

To plant a beautiful memorial tree in memory of Kathleen Crawford, please visit our Tree Store

A Memorial Tree was planted for Kathleen
We are deeply sorry for your loss ~ the staff at Castleton Funeral Home, LLC
Join in honoring their life - plant a memorial tree
Online Memory & Photo Sharing Event
Online Event
About this Event

Look inside to read what others have shared
Family and friends are coming together online to create a special keepsake. Every memory left on the online obituary will be automatically included in this book.
View Tribute Book
Services for Kathleen Crawford
There are no events scheduled. You can still show your support by planting a tree in memory of Kathleen Crawford.
Plant a tree in memory of Kathleen

Share Your Memory of
Kathleen
Upload Your Memory View All Memories
Be the first to upload a memory!
Share A Memory
Plant a Tree