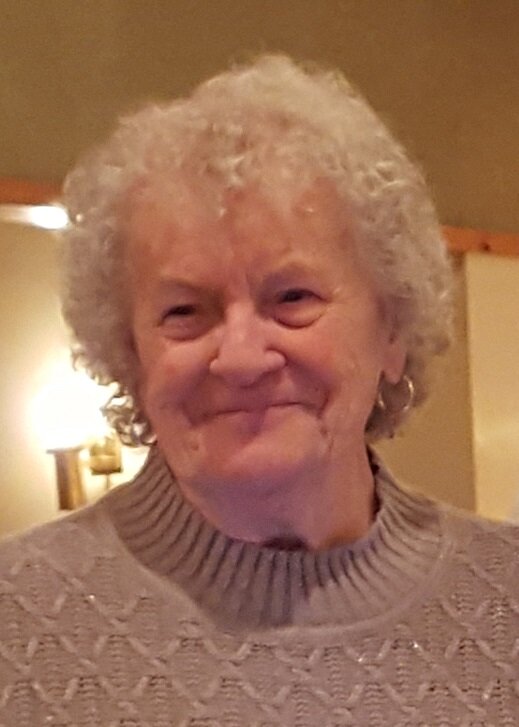 Marianne Carner passed away suddenly at Albany Medical Center on April 30, 2022 surrounded by her family.  She was born in Peekskill, NY on August 13, 1934, to the late Bessie Smith DeMartini and Joseph DeMartini. The family then moved to Rensselaer and then Sherwood Park in East Greenbush.  As a young adult, Marianne and her three sons settled in Castleton, NY where she resided until her death.  Her first employment was with the Fort Orange Paper Co. where she met the love of her life, Warren Carner Jr. who predeceased her in 2014.

Marianne graduated from Columbia High School in 1952 and was active in a social group of classmates known as “The 52 crew” that remains active to this day by meeting regularly for lunch.  She went on to graduate from Albany Business College in 1956.  Marianne then became employed as a rural mail carrier by day, and a bookkeeper at night in the family business, DeMartini Oil Equipment Service Inc. which was started by her father Joseph.  She remained working in the family business with her brother Jim for over 50 years, and most recently with her son Matt and grandson Chris.  Together, Warren and Marianne owned and operated Carner's Village Liquor on Main Street for many years.

Marianne had a true passion for public service, and she carved out time to live that passion by supporting her Castleton community and those in need for many decades.  She gave tirelessly of herself and served over 20 years as a Trustee for the Village of Castleton and two terms as Mayor of the Village. Marianne was active in many civic and social organizations: she was a Life Member of the Castleton Fire Co., a member of the Ladies Auxiliary, Castleton Kiwanis Club, Schodack Republican Club, Esquatak Historical Society, Castleton Cemetery Assoc., Castleton-on-Hudson Main Street Assoc., Friends of the Castleton Library, The Castleton/Schodack Seniors Club, and an organization most near and dear to her, The Anchor Food Pantry, plus many more.  Marianne was also a true Yankees fan, rarely ever missing a game, and if her clubs and public service life got in the way of a game, she always caught the re-broadcast of the games.

Although Marianne’s professional and service accomplishments are vast, family members maintain that Marianne’s greatest role was as matriarch of the DeMartini/O’Neal/Carner family.  She worked hard to keep her family close, keeping up to date with everyone, supporting those who needed it, and calling for many large and fun family gatherings. Marianne serves as the heart, the inspiration, and the glue of her family; she will be sorely missed.

The family would like to thank the staff at Albany Medical Center for their outstanding care of Marianne in the ICU.

A mass of Christian burial will be celebrated on Friday May 6, 2022, at 10 am in the Sacred Heart Church, 3 Catholic Way, Castleton NY.  Friends and family are invited to call at the Castleton Funeral Home, 59 Seaman Ave. Castleton, NY on Thursday May 5, from 4 to 8 pm.  Interment in New Sacred Heart Cemetery, S. Old Post Road, Castleton, NY.

To send flowers to the family or plant a tree in memory of Marianne Carner, please visit Tribute Store
Thursday
5
May

Share Your Memory of
Marianne
Upload Your Memory View All Memories
Be the first to upload a memory!
Share A Memory
Send Flowers
Plant a Tree

Refresh
Please enter the numbers and letters you see in the image. Note that the case of the letters entered matters.*:
There are some invalid fields. Please wait...
Message has been successfully sent.
Admin Login | Website powered by FuneralTech & TA | Privacy Policy | Terms of Use