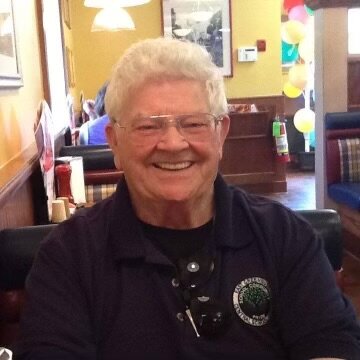 Donald (Don) Carl Burrow, 89, of Schodack, NY, passed away March 27th, 2022 at the Hospice Inn at St. Peter’s Hospital in Albany, NY. We would like to thank the wonderful and compassionate nurses who cared for Don during his final days.

Don was born in Syracuse, NY on August 7, 1932 to the late William T. and Christena A.L. Burrow. He was raised in Weedsport, NY and had a blessed childhood with devoted parents that taught him to love without prejudice. He was a hard worker, always lending a hand and helping those less fortunate.

In 1951 he joined the U.S. Air Force Air Sea Rescue, serving for over six and a half years while stationed in Illinois, Alaska, and Florida. After his military service he traveled the country working and drifting on the Sea of Life. He retired as a self-employed home contractor in 1990 and then became a school bus driver for the East Greenbush Central School District. He rose early each morning to see his kids (as they were like his grandchildren), safely from home to school and back again for close to 30 years until he retired in 2019. He was recognized for volunteering his construction experience year after year for WinterFest.

He was a communicant, deacon, and an integral part of the life at the Emmanuel Reformed Church and had an unwavering faith in God.

The love of his life and soulmate was his late wife, Edith (Edy) Rawlings Leonardo Burrow. She was ill when they married in 1990, promising Don two years, and with his loving care she gave him in his words “15 of the best years of my life.”

He was also preceded in death by his brothers, Robert Burrow (an infant), Richard Burrow, and William Burrow; and two sisters, Mary Ann Burrow and Joyce Mae Burrow Wilson. He is survived by step daughter Sharon Leonardo and step granddaughter Cheyanne Leonardo of Oneida, TN; nephew, Pastor James Wilson and wife, Marsha, of the Esperanza Church in Del Rio, Texas; many nieces, and nephews; and devoted friends, especially Elizabeth Becker and Linda Gray who cared for him at the end of his life.

Don was treasured by those who knew him as a dad and grandpa. Don delighted in telling about his life adventures, sharing inspirational music, showering his sweethearts with flowers, and playing cards. Our hearts and souls are heavy with his absence, but we rejoice knowing he is surrounded with the loving embrace of many angels who have been patiently waiting for him in Heaven.

Share Your Memory of
Donald
Upload Your Memory View All Memories
Be the first to upload a memory!
Share A Memory
Plant a Tree

Refresh
Please enter the numbers and letters you see in the image. Note that the case of the letters entered matters.*:
There are some invalid fields. Please wait...
Message has been successfully sent.
Admin Login | Website powered by FuneralTech & TA | Privacy Policy | Terms of Use