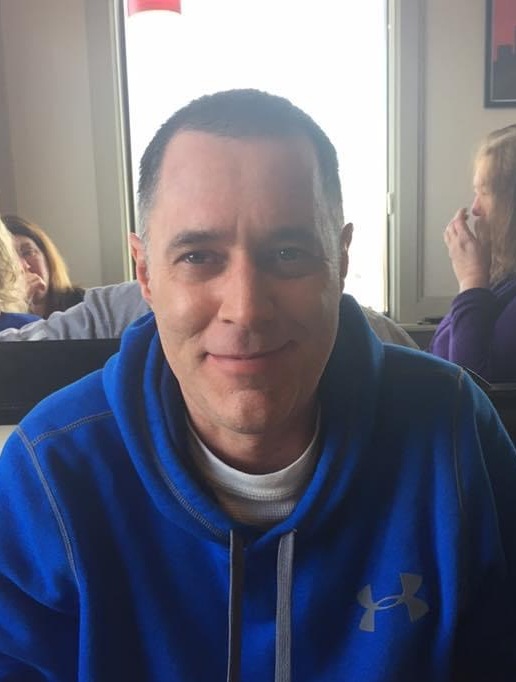 Obituary of Donald A. Cripps III

Donald A Cripps, III, of Castleton, passed away on February 20, surrounded by his family.  Don knocked on heaven's door one final time and found peace.  Don fought a courageous, somewhat unconventional battle with colon cancer for eight years.  He fought the disease the way he lived his life: on his own terms, whether anyone liked it or not.

Don is the son of Frances L. Cripps and was preceded in death by his father, Donald A Cripps Jr.

Don is survived by his partner of 15 years, Shannon Mueller.  Shannon was a devoted, loyal, and loving caregiver.  She unselfishly cared for Don through the most difficult times, never leaving his side.  Without Shannon’s love and constant care, the family would not have been able to get through this long painstaking journey.   He is also survived by his children, Shauna Cripps, Samantha Brewer, Jenna Cripps, Hannah Cripps, Corey Cripps, and Nathan Cripps.

Like his father, every day was an adventure with Don.  He loved four wheeling, The Doors, Guns N Roses, spending time on the Hudson River, and will always be the kid from Main Street.

For those wishing to make a contribution, please send to the Colorectal Cancer Society or the Hudson Mohawk Humane Society.

Friends and relatives are invited to call at the Castleton Funeral Home, 59 Seaman Ave, Castleton, NY 12033 on Wednesday, February 23, from 4:00-7:00 PM. Interment will be private at the convenience of the family.  Online condolences may be offered at Castletonfuneralhome.com

Share Your Memory of
Donald
Upload Your Memory View All Memories
Be the first to upload a memory!
Share A Memory
Plant a Tree